How Does Your Garden Grow?

Do memories from your past color the world you see everyday? If so, this might be refreshing.

Okra may be the most hated of all of garden vegetables. When stewed, it can become slimy and grayish-green, making it repulsive to most children. But Kelly hated okra more than a lot of kids. Before her mother would prepare okra for dinner, she would send Kelly out into the garden with a basket to harvest it. This may not seem like such a terrible task, but to Kelly, it was torture.

In the heat of the late afternoon, with the Texas sun beating down on her, she would trudge out into the garden with her basket to collect the nasty okra. The plants were monstrously tall and covered with rough leaves. Worst of all, there were mounds of fire ants surrounding the base of the bushes. Kelly refused to wear shoes, so after every trip, she returned with stinging bites on her feet.

It’s no wonder that Kelly hated okra. That’s why it’s strange that she wanted to grow it in her own garden. She remembered how prolific it had been in her mother’s garden, so Kelly always planted it. But much to her dismay, it never grew as well as it had in the garden of her childhood. After many years of attempting to grow okra, Kelly finally called her mother to learn the secret of her success.

She asked her, “Mom, what is it that you did that made the okra grow so well? ”

“I have no idea honey, I just planted the seeds and it came up everywhere.” Kelly’s mom replied.

“But I remember that okra being sky high! I could barely make it through those giant rows of plants. How did you get it to grow so tall? ” She asked.

“Well, It only grew about three or four feet tall, but back then Kelly, you were really small.” Her mom said.

What we thought in the past can change everything about what we think today. Our current opinions can be clouded by our past memories. Often, we judge ourselves too harshly.

It turns out, Kelly is actually really good at growing okra. 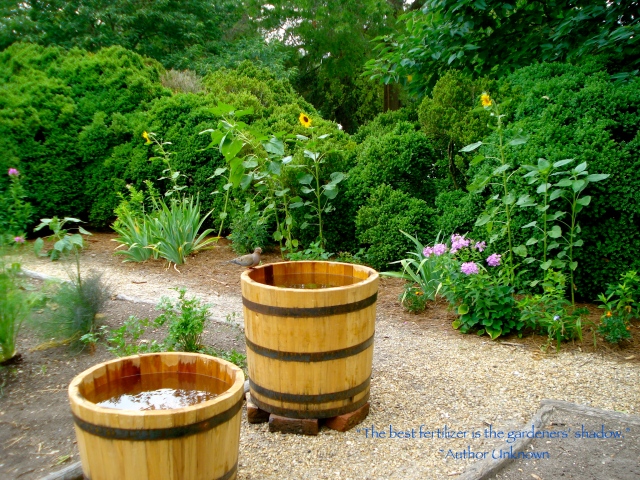 This entry was posted in Uncategorized and tagged garden stories, the fifth season, time for a test. Bookmark the permalink.