My Garden of Imagination

Posted on November 2, 2014 by The Seventh Season

There are many types of gardens because there is a world full of gardeners.

I guess I have always been a gardener. As a little girl, I was completely fascinated with the idea that an entire plant could come out of a small seed. Lots of children begged their parents for toys or candy, but I was completely obsessed with packs of seeds in the grocery store. I would stand by that towering rack, looking up at all of the packages with beautiful pictures on the front, simply amazed by all the possibility. Could there really be a watermelon in that tiny package? I wondered. Sometimes my mother would give in and buy me a pack or two.

I had no idea how to properly plant a seed so I would sprinkle them all around our suburban yard. I put them in the grass, along the fence, and even in between the cracks of the sidewalk. Then I would go out each day and wait for signs of plant to appear. Sometimes they did but accidentally my father would cut them down while he was mowing the lawn. I don’t really remember ever being very successful but that did not discourage me. Once I did manage to get some zinnia seeds growing into small plants and when they bloomed, it was the best thing I had ever seen.

In my imaginary world, I was a huge success. I actually believed that I had a farm. I went so far as to convince my parents to allow me to keep a chicken for a pet. I even persuaded my father to build a tiny pond out of concrete so that I could cultivate some water plants and a few tadpoles. At the height of my fanciful game, I adopted an invisible friend. His name was Who- Choo, and he was such a entertaining character that often my real friends would join in and play with him. We had a song that we sang, as we marched around my farm with him leading the way. The surprising part about Who-Choo was that he was only twelve inches tall. And he was an invisible cow. 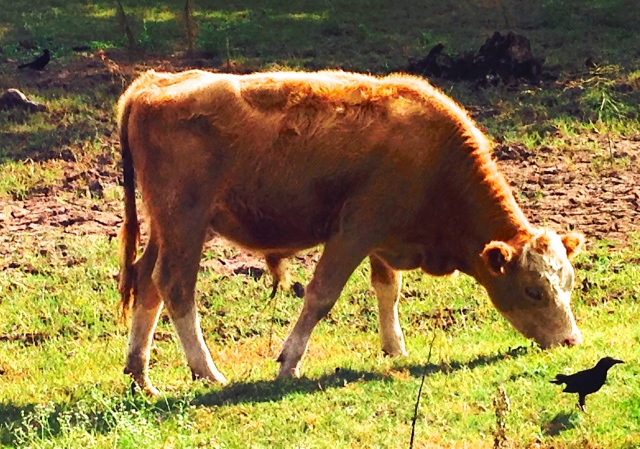 This entry was posted in Garden Stories and tagged Garden of Youth. Bookmark the permalink.